Three Wheels has copies of the following books which can be purchased when you visit the temple. If you live in the UK, are unable to visit Three Wheels, and would like to order any of these titles please email us for more details. 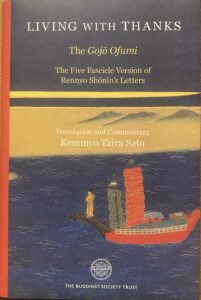 This is Rev. Kemmyo Taira Sato’s new translation and commentary on the formal collection, known as the Gojo Ofumi in Japanese, of eighty letters by the great 15th century restorer of the Shin Buddhist tradition Rennyo Shōnin who spent his entire life making its teachings understandable and accessible to ordinary people. Rev. Sato began giving talks on the Letters at Three Wheels in 2002 and continued for over ten years, imparting many great insights into the contents of Rennyo Shōnin’s letters. This hardback illustrated volume is a profound treasury of the teaching of Shin Buddhism.

‘Great Living’ – In the Pure Encounter Between Master and Disciple’
by Kemmyo Taira Sato. 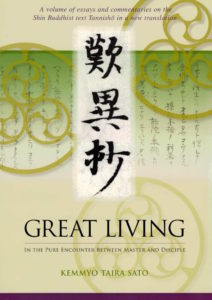 A volume of essays and commentaries on the Japanese spiritual classic, the Tannisho by the Director of Three Wheels Temple, Rev. Kemmyo Taira Sato. The Tannisho is one of the most famous texts in the Shin Buddhist tradition and formed the basis of a long series of study meetings led by Rev. Sato at Three Wheels Temple. Rev. Sato’s new English translation of the text of the Tannisho, which has been praised for its clearness and accuracy, together with his meticulously detailed commentary is a unique and profound appreciation of the Tannisho from the perspective of the living encounter between teacher and student that lies at the heart of the Shin Buddhist teaching of Shinran Shonin. 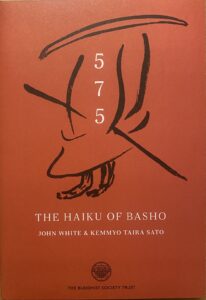 This is a ground-breaking translation of a selection of three hundred haiku poems by Matsuo Bashō into English following the same the 5-7-5 syllable verse form of which Bashō was the foremost master. This masterly translation captures both the poetic rhythm and subtle essence of these haiku in fresh English translations that breathe new life into the poems. This richly illustrated volume, like the next two in the series, is a treasure to own. 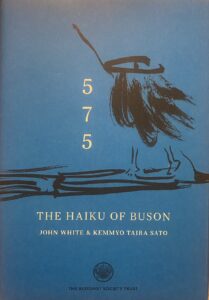 A second volume in the series of haiku translations this time by the 18th century haiku master Yosa Buson. Buson, who was also a well renowned painter and master of brush drawing, brought the same eye for pictorial detail to his haiku, which evoke lively scenes of the human and natural world in their full religious significance. White and Sato’s translations cast a refreshing new light on these timeless haiku. 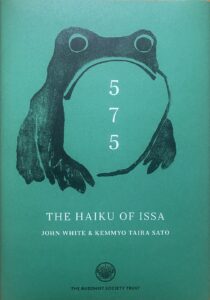 This is the third volume of haiku translations bringing together another 300 poems rendered into English in the traditional seventeen syllable 5-7-5 format of the originals. Kobayashi Issa was a Shin Buddhist and his haiku, often concentrating on very simple and humble themes,  reflect his profound religious understanding of the world.  White and Sato’s sensitive translations bring out the subtleties and shades of meaning in Issa’s haiku that are often sadly overlooked.

‘The making of the Zen Garden’ by John White 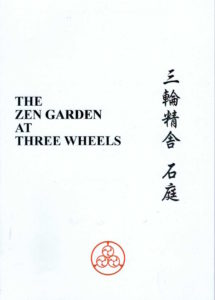 Beautifully illustrated guide to the Three Wheels Zen Garden with colour photos and detailed commentary by its designer Professor John White. This booklet takes us on a journey through the design and creation of the garden guided by John White’s unique insights on the influences of the profound philosophy of ‘Harmony with Diversity’ which inspired it. 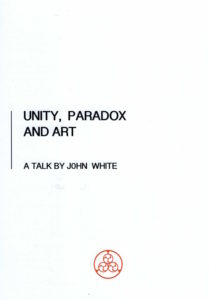 Limited edition publication of a talk given by former art historian and pro-provost of University College London Professor John White on the striking relevance between art and core Buddhist concepts of the ‘unity of all that is and is not’, ‘emptiness’ and ‘interdependent-origination’. 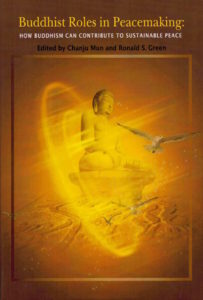 Anthology of essays on the theme of peace and peacemaking complied by the Korean Buddhist leader Ven. Chanju Mun. This volume includes the essay by the Shogyoji Archives Committee “How Faith Inspired the Save the Bell Movement” which is essential reading for those interested in exploring the spiritual background to the meetings to pray for World Peace and Reconciliation held every year at Three Wheels. 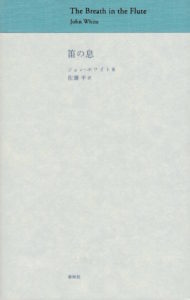 Hardback anthology of some of the most appreciated waka and haiku poems by John White on themes including love, life, paradox, emptiness and illusion; each with Kemmyo Taira Sato’s skilful rendering into Japanese. 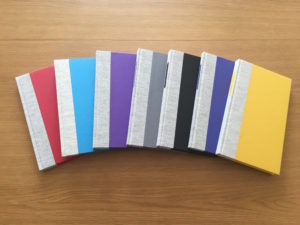 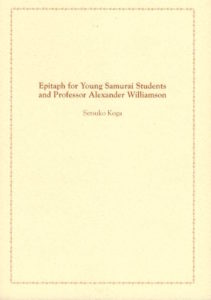 A poignant reflection written by the great-niece of one of the pioneering Japanese students who, over 150 years ago, who made the perilous journey from Japan to study at University College London, and together with three other Japanese students whose lives were cut tragically short by tuberculosis, found his final resting place in Brookwood Cemetery. Setsuka Koga retraces their steps in history and, through a special set of occurrences, is led to their newly re-discovered graves in Brookwood Cemetery.