In 1863 five members of the Choshu han, closely followed in 1865 by nineteen Satsuma, were the first Japanese students ever to arrive in Britain, having escaped from Japan at the risk of their lives. They were immediately enrolled in University College London, in his own Department, through the good offices of Professor Alexander Williamson FRS.
This was the prelude to one of the major turning points in Japanese history, the overthrow of the Shogunate and the Meiji Restoration of 1868, and a landmark in Anglo-Japanese relations. Indeed,the majority of the students, whom Professor Williamson and his wife Catherine had so warmly welcomed and befriended, went on to become leading figures both in the new government and in the modernization of Japan.
The year 2013 marked the 150th Anniversary of the students’ arrival, and on July 2nd a Monument in honour of the Williamsons and the extraordinary part they played in the unfolding of these great events was unveiled by the Japanese Ambassador. It stands next to the graves of four young Japanese and to the Monument erected in their honour. Sadly, they died of tuberculosis before they could accomplish their mission, one of them being nursed by Mrs. Williamson in her own home until his death. 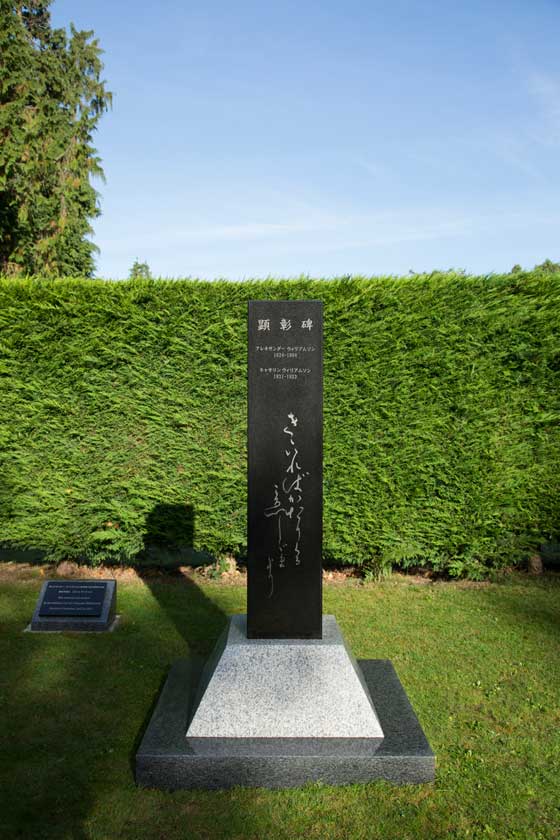 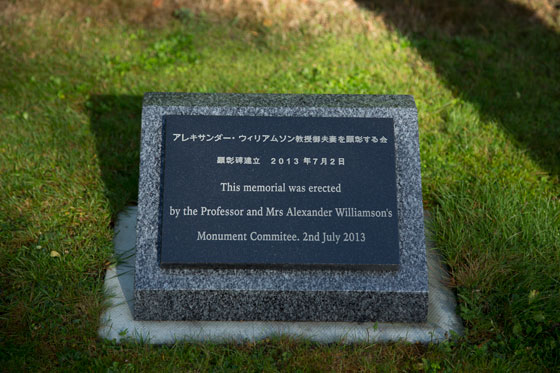