Soon after coming to Britain in 1993 to foster mutual understanding and spiritual exchange, Rev. Kemmyo Taira Sato learnt of Brookwood Cemetery and of the graves of four Japanese students who were buried there between 1866 and 1873. He was profoundly moved by the courtesy and compassion with which these four young men had been treated by their British friends, and ever since then, members of the Shogyoji-Three Wheels Samgha have regularly visited the graves to express their gratitude to those who gave their lives for the modernization of Japan.

In 1997 a Monument in their honour was erected alongside their graves by the Anglo-Japanese Friendship Society of Kagoshima and unveiled on 28th August 1998 by Mrs. Kyoko Tanaka and Professor Setsuko Koga. 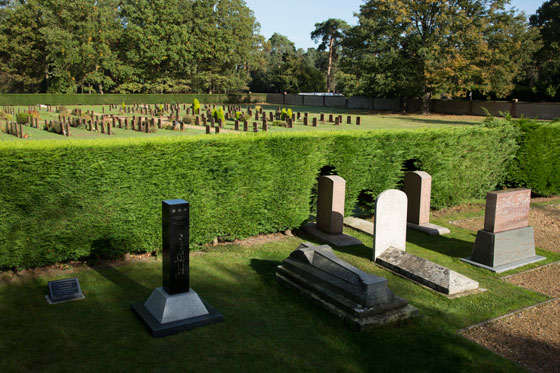