“Many things happen quietly, even significant events, which we only get to hear of after they have happened. So when something really important happens, and we are enabled to be there at the start of it, it is a great blessing, which gives birth to a sense of gratitude which is the essential root of Pure Land practice.”

– written by Jim Pym of the Pure Land Buddhist Fellowship after attending the Inauguration Ceremony of the Stone Garden and Buddha Shrines at Three Wheels. 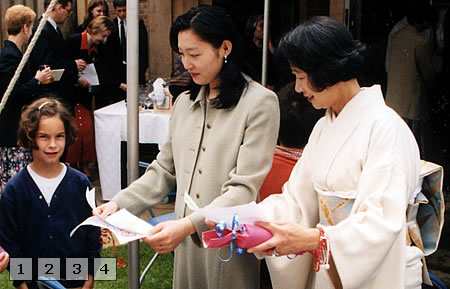 For the Inauguration Ceremony Venerable Chimyo Takehara (Head Priest of Shogyoji Temple) had come from Japan accompanied by priests and Gagaku musicians. In the packed shrine room of Three Wheels, before the start of the service, Gagaku music was played. A brief silence after the music was interrupted by many voices chanting the nembutsu. An offering of incense to the Buddha took place, followed by the chanting of three hymns from the Pure Land tradition. 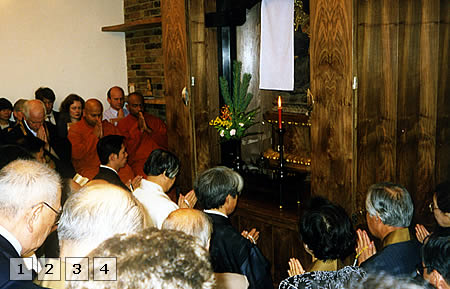 Following the chanting, a number of talks were given. Venerable Chimyo Takehara spoke of the historic meeting that was the start of the project, and the growth of the friendship between all who participated. Professor John White who had suggested the Zen Garden, explained where the stones in the garden had come from. He also told of the construction of the Buddha Shrine. 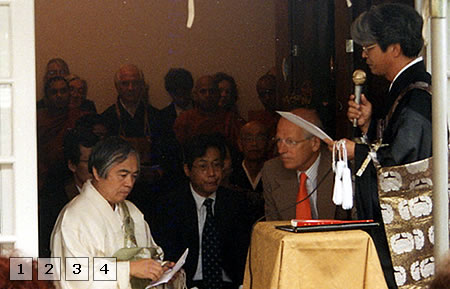 After the ceremony the guests were offered a beautiful buffet meal of English and Japanese foods and had the opportunity to meet some of the other guests.

Altogether many individuals from a diversity of backgrounds and religions attended, coming together at Three Wheels in harmony. 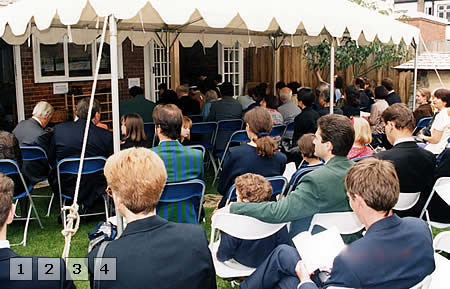