In 1989 a Japanese businessman, Mr Kenji Toda, arrived in London. His business soon brought him into contact with members of University College London (UCL). As a result of his own deep spirituality, born of his long ties in Japan with Shogyoji Temple, and the sincerity of the people that he encountered through UCL, he soon developed firm friendships with them. From that time onwards this group of friends continued to deepen their mutual feelings of respect and trust towards one another. It was this foundation which later lead to the establishment of Three Wheels, Britain’s first Shin Buddhist temple.

Through his collaboration with UCL Mr Toda discovered that its relationship with Japan is a long-standing one. The first five Japanese students ever to study outside Japan came to UCL from the Choshu domain in 1863 and were soon followed in 1865 by fourteen young men from Satsuma. Between them the two groups subsequently formed the first Meiji Government and founded modern Japan. 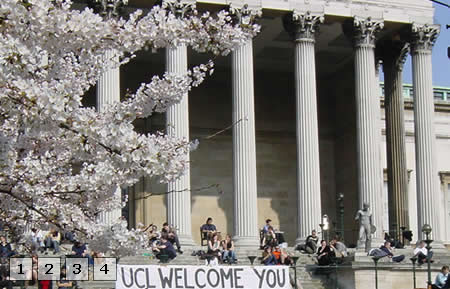 In 1993 it was planned that a monument commemorating the original Choshu and Satsuma students be erected within the precincts of UCL. On hearing that Gagaku, a traditional form of Japanese Court music, was to be performed at the unveiling ceremony, Mr Toda explained to the organisers the long history of Gagaku performances at Shogyoji. As a result Gagaku performers from Shogyoji were invited to London to take part in the ceremony. Fuelled by their experience of this event, a fruitful series of encounters took place involving some of the Japanese and British people who participated in it. 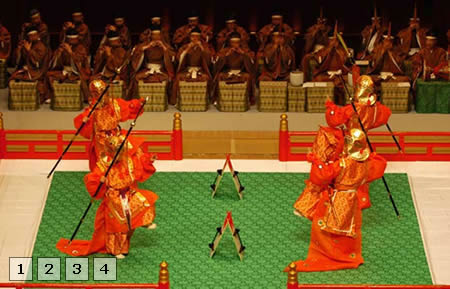 Later that same year the Head Priest of Shogyoji Venerable Chimyo Takehara sent Professor (later Reverend) Kemmyo Taira Sato to London with the threefold aim of further developing these profound friendships, increasing Anglo-Japanese understanding and promoting spiritual exchange. It proved to be a great success and increasing numbers of people from Shogyoji began to visit Britain to support this project. It was at this point that the first London Eza meetings started. These were held at the house of Mr Toda and attended by his friends living in the U.K. 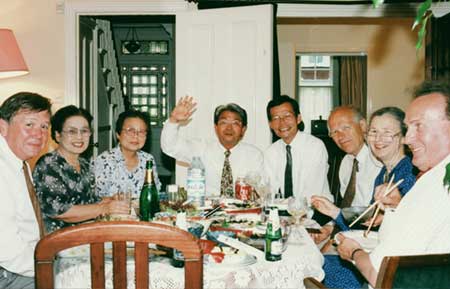 In 1994, when Mr Toda relocated back to Japan, it was decided that a suitable property be bought for the continuation of the Eza meeting and for Professor Sato to indefinitely extend his stay. Shortly afterwards Three Wheels was established in Acton, London as a permanent meeting place. These friends still continue to meet at the London Eza meetings regularly held every two months at Three Wheels. Now they have been joined by many others as Three Wheels continues to grow and history continues to be written. 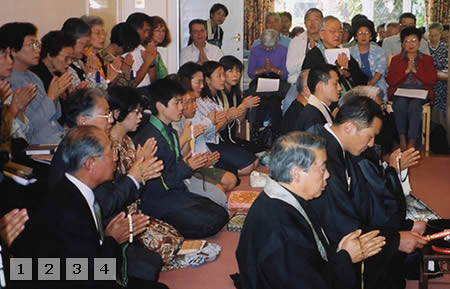