Soon after Three Wheels was established, a project to build a Zen Garden in its grounds started. Japanese, British and friends from many other nationalities began the building work in June 1994. The first stage was to clear the site on which the garden would lie. Next, drainage was built into the foundations. All this work, although more quickly accomplished with heavy machinery, was carried out by hand without the aid of diggers. Over the next two years many people contributed their time, helping to accomplish the huge work of constructing the garden. 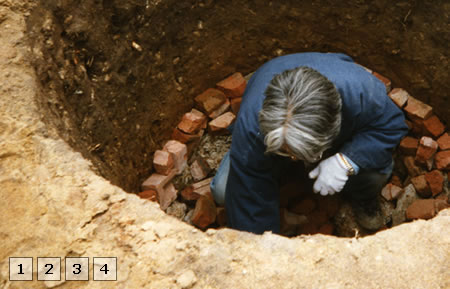 The Garden was designed by an Englishman, Professor John White, based upon his many admiring visits to the Zen gardens of Kyoto; and the construction work was supervised by a highly respected master gardener from Kyoto, Mr. Masayuki Ogawa. All the materials involved in constructing the garden originated in the UK. After many weeks of searching, twelve main stones were chosen. They came from far and wide, from Cumbria to Aberdeenshire, from screes, from spoil heaps, and from river beds. 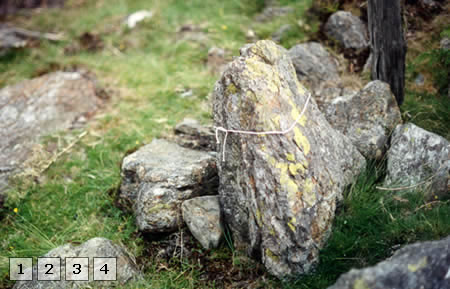 Moss was generously gifted by Stephen and Ann Montgomery (Trustees of the London Shogyoji Trust). This moss grew only on the dark damp sloping banks of their garden; where slits of sunlight occasionally broke through the canopy above. After careful transplantation into the Zen Garden of Three Wheels, the moss now lies at the base of the stones; a deep rich green, akin to a forest at the foothills of a vast mountain range. 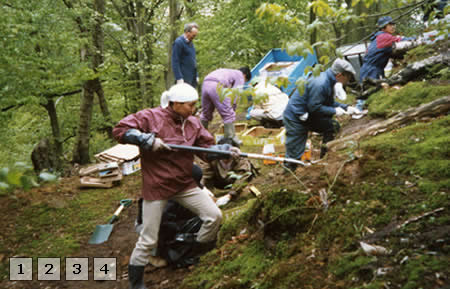 The garden was finished in July of 1996. It had taken almost two years to complete and had required the work of numerous individuals. People of many nationalities, men and women, students, doctors and professors, the young and the not so young, all contributed their time. In the process of creating the garden, the garden itself became the creator; nuturing and deepening the friendships of all those involved. 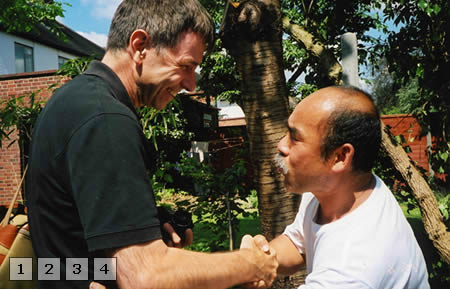 John Read, who designed and built the Viewing Shelter, with Masayuki Ogawa, who supervised the construction of the Zen Garden.